The planned touchdown of a Japanese space probe on a distant asteroid has been cancelled at the last minute.

The spacecraft was within a few hundred metres of the giant space rock when the operation was called off.

The website of the Japanese Aerospace Exploration Agency (Jaxa) said the descent was cancelled when it received an "anomalous signal" from the craft.

It is not clear whether a future landing attempt will be made.

The Hayabusa spacecraft was due to land a robot on the surface of asteroid Itokawa on Friday and prepare for two attempts this month to gather samples of space dust.

It was launched in May 2003 on a mission to find out more about the raw materials that made up the early Solar System.

"During the rehearsal decent the probe moved to within 700 yards (640 metres) of the asteroid then lost the ability to identify its target area on the surface," Dr Stephen Lowry, planetary astronomer and asteroid expert at Queen's University, Belfast, said.

He said there would hopefully be another attempt to drop the Minerva robot on the asteroid in the coming weeks.

The 10cm-tall robot is designed to bounce across the surface, collecting temperature readings and images.

"This is the first time that such an instrument has been placed on an asteroid and planetary astronomers are eager to see the extremely high resolution pictures from the surface as the rover hops around," Dr Lowry told the BBC News website.

"The data returned will help scientists understand more about the nature of these bodies, believed to be the remnants of the formation of our Solar System."

Hayabusa is designed to pilot itself, using its onboard camera and laser to judge where to land on Itokawa.


The asteroid is named after Hideo Itokawa, a father of Japan's space programme

It lost one of its three stabilising reaction wheels on 31 July, forcing it into an alternative flight mode. The second wheel failed on 3 October.

Mission managers said that they had altered flight parameters so that the craft still had enough fuel to make the landing attempts.

Hayabusa is due to begin its return voyage to Earth in December and is expected to arrive in June 2007. If successful, it will be the first spacecraft to return samples from an asteroid. 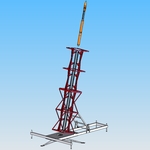 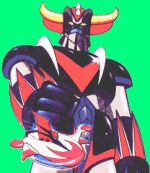