SAN FRANCISCO (Reuters) - When the aliens finally invade Earth, you may wish you had listened to Travis Taylor and Bob Boan.

And if the invasion follows the plot of a typical Hollywood blockbuster, they might also be the guys called in at the last minute to save the day.

After all, they have written "An Introduction to Planetary Defense", a primer on how humanity can defend itself if little green men wielding death rays show up at our cosmic doorstep.

And yes, they're serious.


"The probability really is there that aliens exist and are old enough to have technology to enable them to come here," Taylor said in an interview.

Taylor and Boan are hardly basement-dwelling paranoids obsessed with tinfoil hats and Area 51. Taylor holds advanced degrees in astronomy and physics, and is an associate at consulting firm Booz Allen Hamilton. He and Boan have done consulting work for the Defense Department and the U.S. space agency NASA.

But their views have won few audiences outside of science fiction conventions, and their book is published by BrownWalker Press, which specializes in fringe topics and books with titles like "The Science and Lore of the Plant Cell Wall" and "ESP and Psychokinesis".

Taylor acknowledged alien invasion is hardly a mainstream concern but said it is naive to assume—as scientists like the late Carl Sagan did—that any beings advanced enough to master star travel will have evolved beyond war.

"It's a wonderful idea that has no basis in reality," Taylor said.

Taylor and Boan—along with co-authors R.C. Anding and T. Conley Powell—revisit two issues that frequently pop up in the debate about whether homo sapiens is alone in the universe: Drake's Equation and Fermi's Paradox.

The formula drawn up by U.S. astronomer Frank Drake in 1960 tries to estimate how likely contact with an alien civilization is given factors such as the number of habitable planets.

Taylor and Boan plugged in what they felt were conservative estimates, such as that aliens cannot travel faster than 10 percent of the speed of light.

After crunching the numbers, they say it is possible that our Milky Way galaxy harbors thousands of intelligent alien species and that there is a "high probability" that one or two of them visit Earth every century.

But if there are so many aliens out there, why haven't we heard from them already?

That is the question famously posed by the physicist Enrico Fermi in 1950 to dismiss speculation by his colleagues that intelligent life should be routine.

Taylor and Boan are convinced Fermi got it wrong. Even if aliens used Godlike technology to jump across thousands of light years in a single day, they would still need millions of years to explore all the star systems in the galaxy.

They simply may not have stumbled across our neck of the woods yet.

Taylor and Boan started thinking about how to respond to an aggressive extraterrestrial attack during a 2001 discussion about defending against terrorist attacks.

"One thing that popped into my mind was that the only way Americans would be in an asymmetric war on the other side would be if we were attacked by aliens. Everyone chuckled, but then after a minute the comments started setting in," Taylor said.

"Then we really got to talking about it and we thought, well, you know, we really might need this contingency plan anyway," Taylor said.

Failure to prepare may mean mankind will have to dig in and fight with improvised weapons and hit-and-run tactics, much the same way Islamic extremists have battled the U.S. military in Iraq, Taylor said.

"You'd have to create an insurgency, a mujahideen-type resistance," Taylor said. "The insurgents know how to win this war against us. It also tells us that if we were attacked by aliens, this is our best defense." 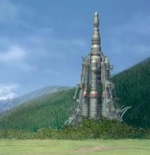