Along with the budget release, the White House also announced the launch of an independent review of NASA's human space flight activities. The Review of United States Human Space Flight Plans will examine our development programs and suggest possible alternatives. The goal is to provide options that will ensure the nation’s human space flight program remains safe, innovative and affordable in the years following the space shuttle's retirement. During the review, work on the Constellation Program will continue.
The review team will work closely with NASA and seek input from the Congress, the White House, the public, industry and international partners as it develops these options. The review will be done by a blue-ribbon panel of experts. The panel's results will support an administration decision by August 2009 on how to proceed. 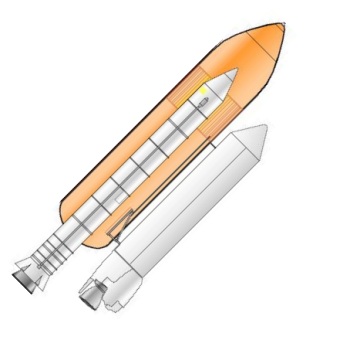 What Is the Future of Humans in Space?

Independent review of human-spaceflight plans gets under way today.

WASHINGTON -- The Review of U.S. Human Space Flight Plans Committee
will hold three public meetings July 28-30. The meetings are open to
news media representatives. No registration is required, but seating
is limited to location capacity.

The second session will be July 29 from 8 a.m. to 4 p.m. EDT at the
Davidson/U.S. Space and Rocket Center, 1 Tranquility Base, in
Huntsville, Ala. Agenda topics include NASA's Marshall Space Flight
Center operations, committee sub-group reports, NASA's Constellation
program and public comments.

Following each meeting, committee chairman Norman Augustine will be available to answer questions from reporters. NASA Television will
carry the meetings and news conferences live on the agency's media
channel. The events also can be viewed on the agency's Web site.

To watch the events online, select the NASA TV media channel at:

Viewers also can watch and participate in the meeting online via
Ustream at: